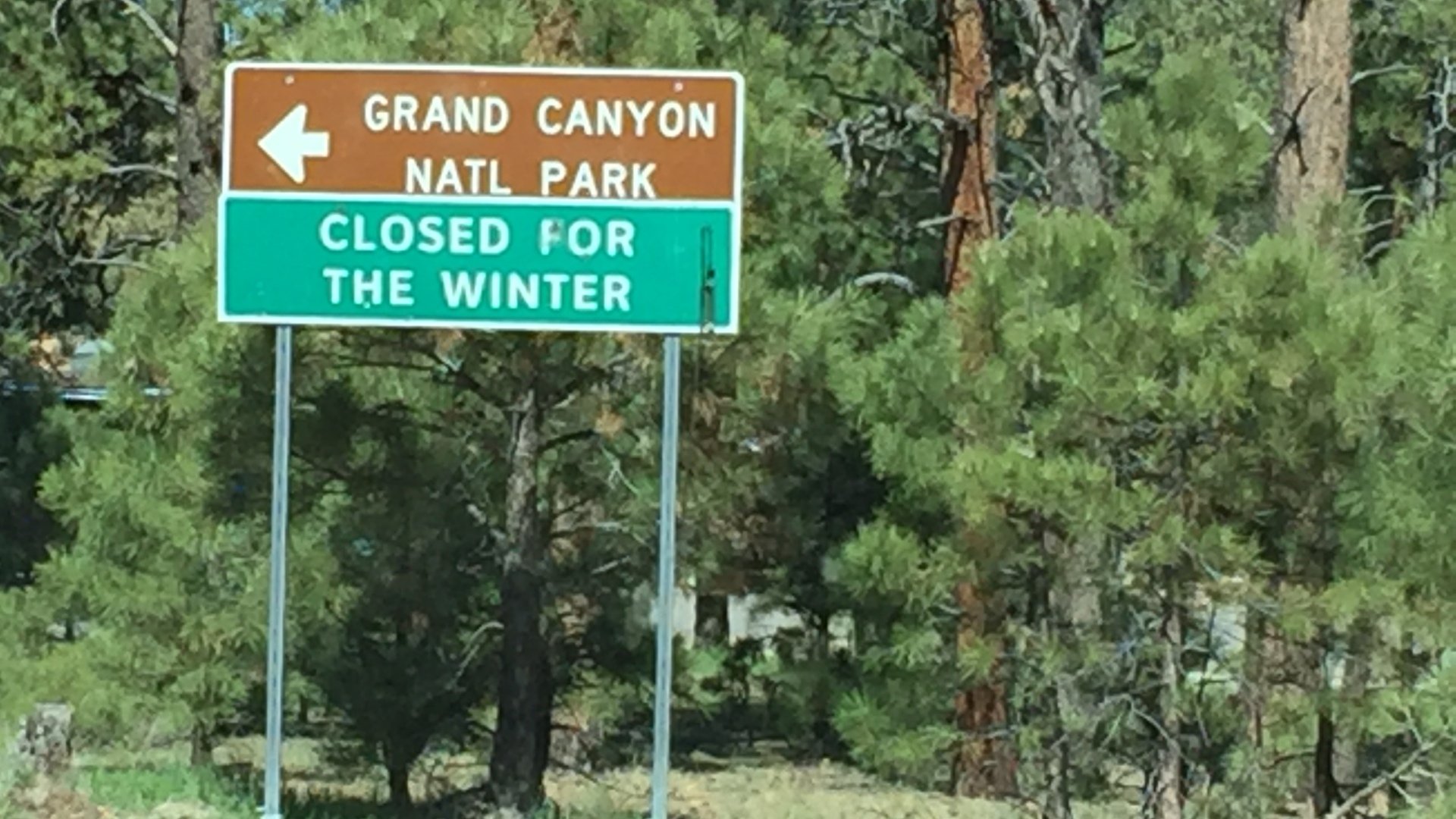 We left Alamo, TX and after three and a half days on the road, finally arrived in Mesa, AZ on May 4. I flew home to STL to spend Mother’s Day weekend with my kids/grandkids and Ken stayed behind to visit with his brother Wayne and sister-in-law, Dee in Chandler, AZ. After my return, we had another day with them before moving on toward the North Rim.

On our way to the Grand Canyon we stopped not far past Flagstaff and spent the night at the Cameron Trading Post (RV site) alongside the Little Colorado River Gorge. We arrived on May 12 at the North Rim Campground of the Grand Canyon and it was just what we hoped it would be. Of the two host sites, we selected the one we wanted since the other host couple didn’t arrive until later on the 13th. The park officially opened to the public on May 15.

We attended a shakedown dinner at the Grand Canyon Lodge on the 13th and ate like royalty, only having to pay for alcohol.

It’s been a chilly couple of days here at the North Rim, with some rain, but beautiful still. We worked our first shift as camp hosts on the 15th, which really consists of being out and about and on call 24 hours.

We go out in the electric Polaris at 7a with a checklist and report back on vacancies/ occupied sites, at 11a we remove ashes from fire pits on vacant sites, at 7:30p we put reserved signs at sites. In between times are doing whatever we want 🙂

Everyone is friendly and pleasant and we have twice been thanked for our service, which seems odd to me. Still have to walk a quarter of a mile to get cell service and no TV, but we are getting by nicely and enjoying the outdoors.

Because another 59 degree day is in store for us here today, we are making the 170 mile drive to St. George, UT to see how that goes (don’t really need supplies).

Here are a few pics of the park and today’s drive and I will update again whenever I can.

Our best to you, 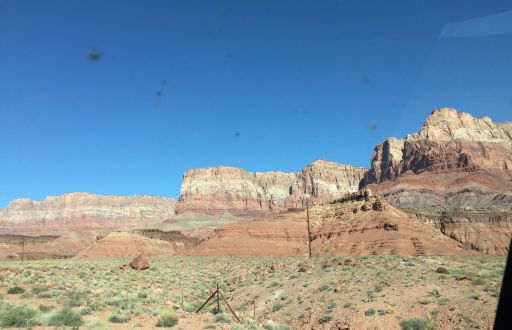 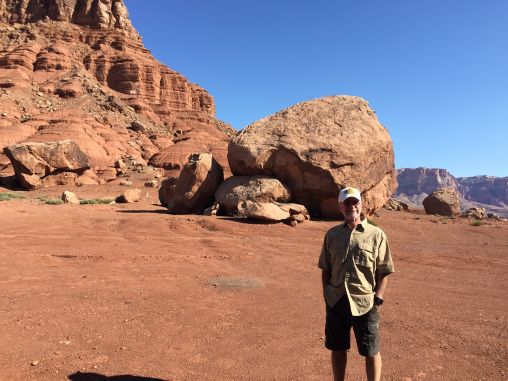 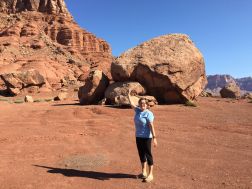 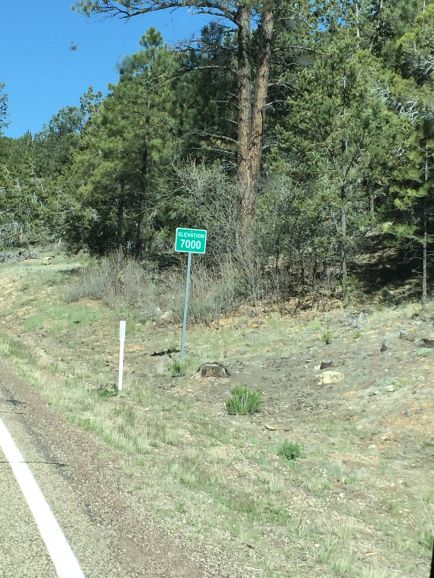 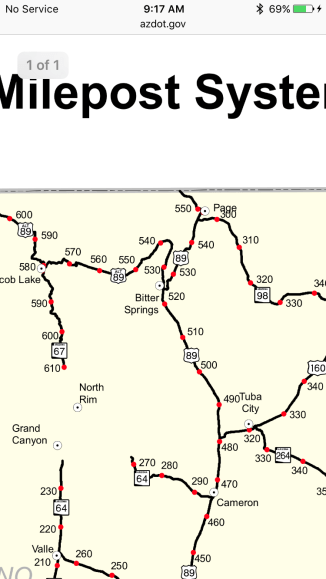 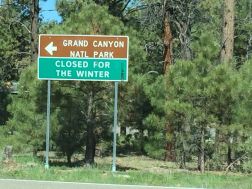 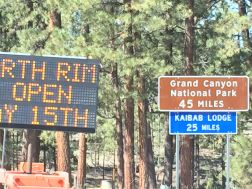 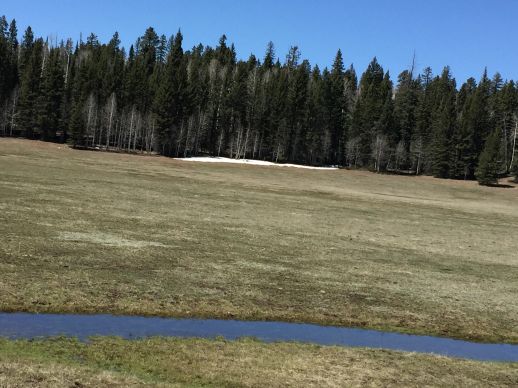 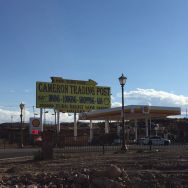 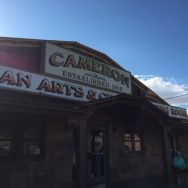 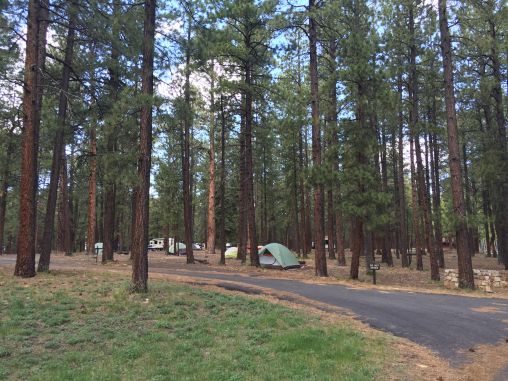 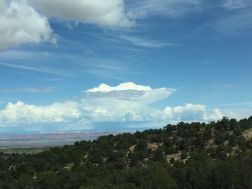 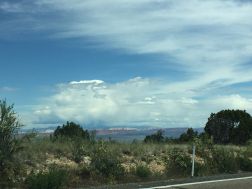 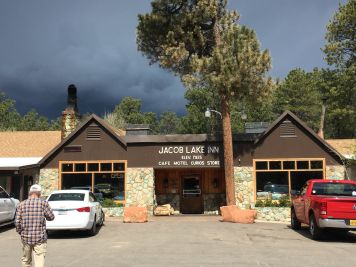 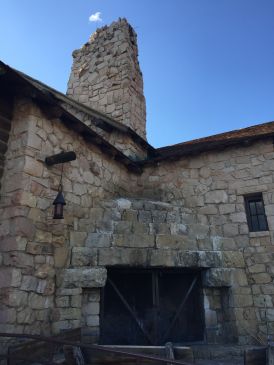