For nearly three weeks we have been watching twice daily reports of the West Mims Wildfire that was caused by lightning on April 6th.

The fire began burning to our southwest in the National Wildlife Refuge about 2.5 miles northeast of the Eddy Fire Tower that is located in Florida.

We attended this morning’s fire briefing, along with a great number of active duty fire personnel, and learned that the fire has burned over 59,000 acres of the Okefenokee Swamp. News reports say that this is a “massive” fire and InciWeb says it could burn until November.

While the fire has been burning mainly to our southwest, winds and high temperatures are pushing it to the northeast side of the Swamp where we are on the Refuge.  We are safe for now and not being evacuated until necessary. Crews have put in place protective measures here to try and save the Chesser Island Homestead and Boardwalk. The house was wrapped in a fire retardant material and industrial-type sprinklers are placed all around the homestead and Boardwalk grounds.

Crews have come here to work this fire from as far away as Puerto Rico, all across Texas, Mississippi, Oklahoma, and many from Georgia and Florida.  These guys and gals put in long and tiring hours and are literally putting their lives in danger out there.

The last couple of days has brought us the smell of smoke and falling ash, thanks to strong winds, although we are safe here for now.

It’s sad to know that animals and precious longleaf pine trees are in danger, but simply stated, the Swamp will be rejuvenated from this event.

As volunteers of the Okefenokee National Wildlife Refuge, we have thoroughly enjoyed our time here getting to know the people and the Swamp.  We were also looking forward to our last month here, which may now be shortened by this event. We are hoping for the best and to stay as long as possible.

And, of course I am posting a few photos… 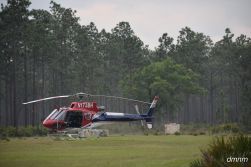 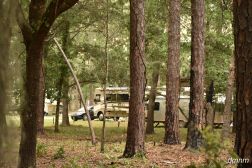 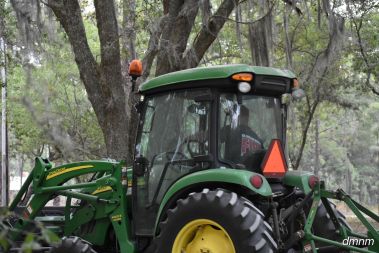