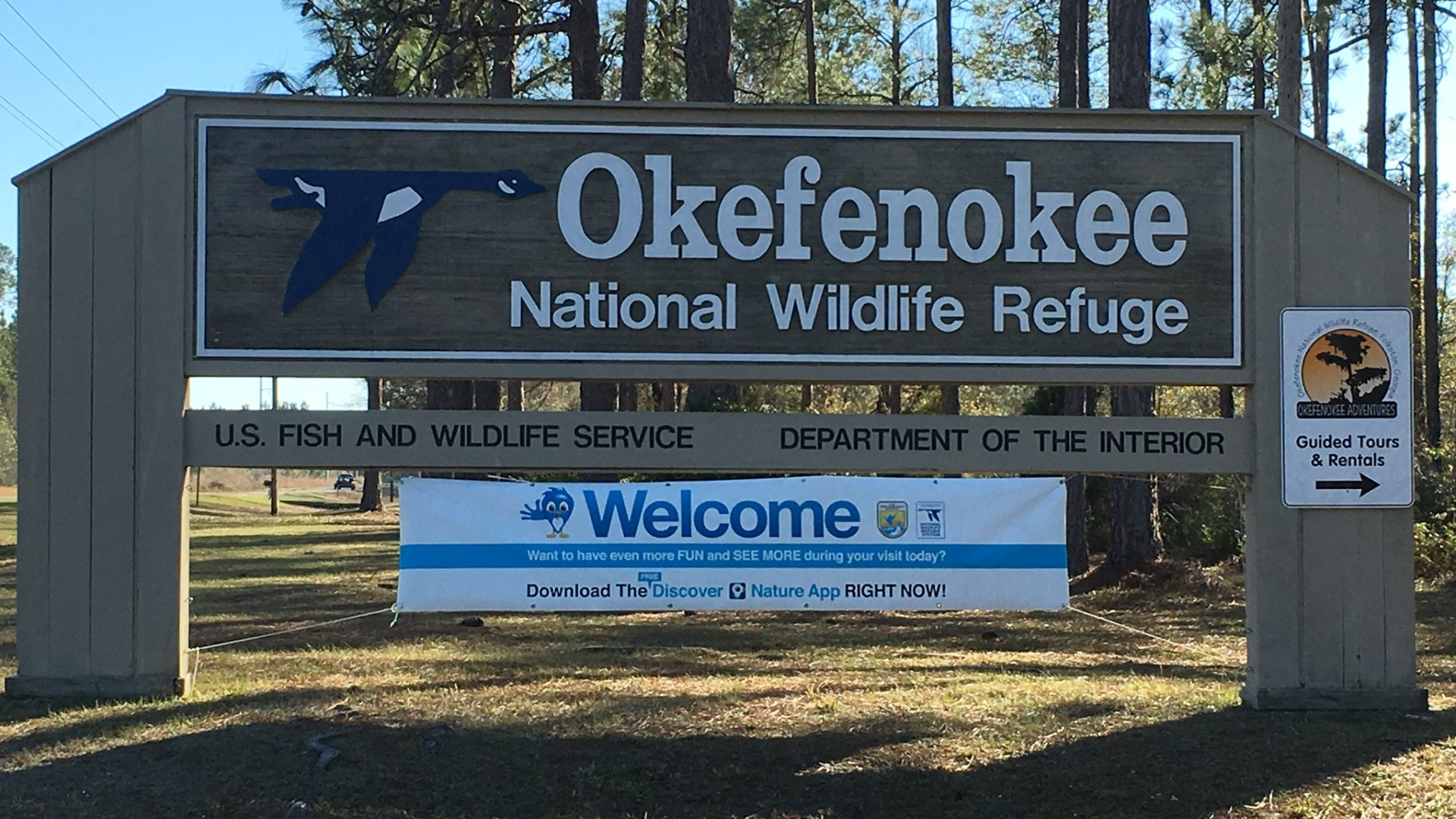 I was given the option of volunteering in the Visitor Center of the Okefenokee National Wildlife Refuge on the first day of the government shutdown on December 22, 2018 and since that Saturday was a regularly scheduled workday for me, I opted to work.

It was a day like most others except I worked alone without Refuge staff. Based on last year’s shutdown, I thought this one would only last a couple of days, but Monday (Christmas Eve) came without change.

We were notified that if the shutdown continued after Christmas that resident volunteers could remain on premises, but we were not allowed to use our keys/access to any government building or vehicle. However, we were very optimistic and believed that we would be back to business as usual by the new year.

I went on my trip to NYC and expected to resume my volunteer duties on Thursday, January 3rd, but on the first of January Trump suggested that Nancy Pelosi should make a deal. “Border Security and the Wall “thing” and Shutdown is not where Nancy Pelosi wanted to start her tenure as Speaker! Let’s make a deal?” Trump tweets. And the fight was on!

In opposition, and just as they take control of the House, Democratic leaders strongly assert that no money will be allocated for the wall.

Since then talks between the White House administration and Democrats have been difficult and the shutdown drags on.

Throughout this time, we and the other volunteers have tried to keep busy and remain optimistic that we will reopen and get back to our purpose of service, but that’s not our real concern.

Our thoughts and prayers are first with the furloughed workers who aren’t getting paid. It’s as though these people are being held hostage until Trump gets his wall.

I heard a very reasonable solution that I support, which is that the budget should be passed without the wall funding and negotiate that separately, but apparently, that would be too simple and Trump wouldn’t have any bargaining power if he did that.

Meanwhile, we are on day #25 and workers didn’t get their paychecks, landlords and banks aren’t getting rent money and mortgage  payments. Families are using what little savings they have to buy groceries and credit cards are being used for gasoline and other essentials. Debt is being created. And, they only have two months of medical insurance before that ends. The crisis is real, but it’s not at the border, it’s happening in the homes and lives of the 800,000 people without work and their paycheck.

If you haven’t already, send a message to your congressman, senators, Nancy Pelosi, and Donald Trump telling them to get these people back to work!