Kenneth Maupin and I helped with two nest excavations this morning. This is done when a nest is at day 75 of its incubation period. Hatchlings are viable and a nest boil can occur as early as day 55.

The first nest we excavated today had just one whole egg in tact, but no embryo, where the second nest had five eggs, each of which contained an embryo. (If you are sensitive to such things, be advised that one photo below is of an embryo.)

During the dig, data was collected including several measurements and egg remnants were laid out and counted before being placed back and closing up the nest.

While serving Bon Secour as volunteers, and in addition to our routine duties, we were trained in all aspects of sea turtle nests (e.g., nest identification, nest sitting at maturity, and nest excavation).

Hurricane Barry compromised (washed over) many of our nests this season so Ken and I never got to experience a nest sitting and help with an actual nest boil to see hatchlings make their way from the nest to the Gulf, but all in all, it was an interesting experience and I’m in awe of the interns and volunteers who go out and do this tiring work on a daily basis with such dedication and heart.

We are so honored to have been included and educated in all things sea turtle. 🐢 ❤️ 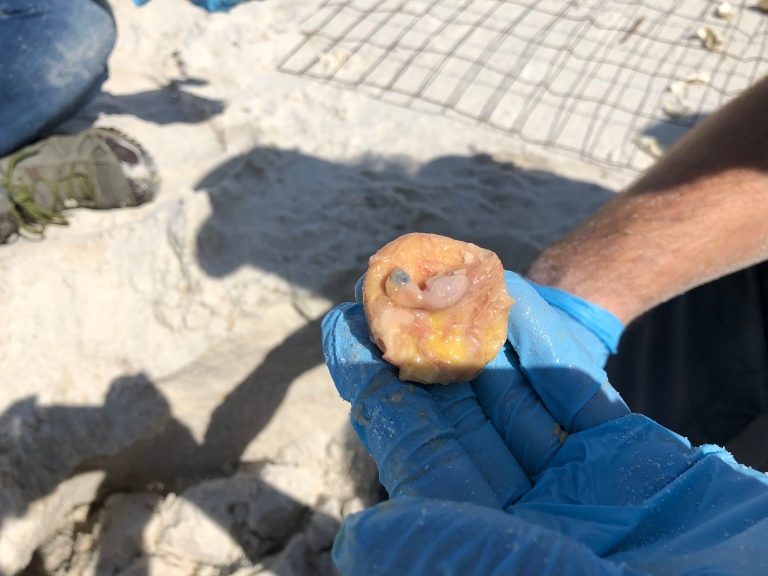 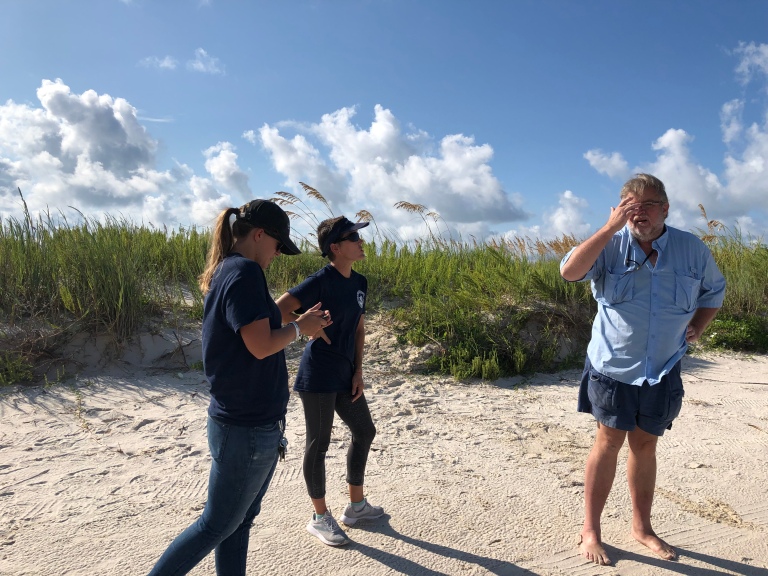 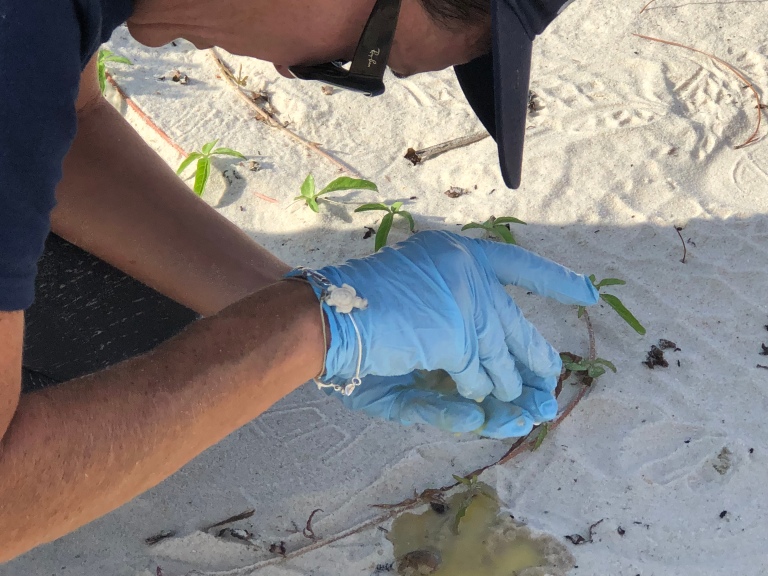 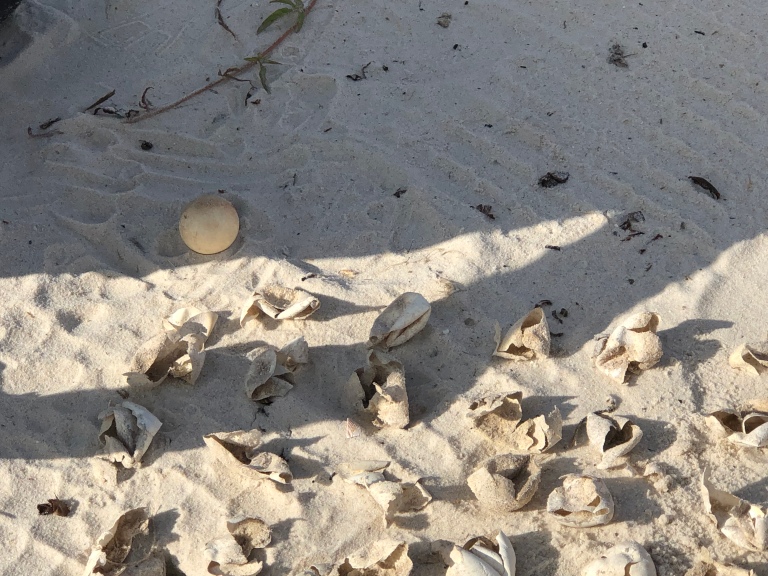